Hanging out in Finland on a Home Exchange - Amerikkalainen kodinvaihdossa Suomessa

Näkökulman monipuolistamiseksi pyysin Suomessa kodinvaihdossa ollutta amerikkalaista rouvaa kertomaan kokemuksistaan. Meillähän on tapana kuvitella, että kukaan ei haluaisi kuitenkaan tulla lomailemaan meidän kulmillemme:-) Puheenvuoro Lauren S. Kahnilla:
While those of you in Finland are busy arranging exchanges to get out of your corner of Europe, there are plenty of exchangers who would absolutely die to get in.
There are about 4 million people in Finland and 300 million in the US, so the chance for a North American to come to Finland is very slim.  If, however, you want to come to North America, you should have your pick of a lot of destinations.
You should look for experienced home exchangers.  Those of us who have been doing this for years have long exhausted our interest in the usual North American destinations of London and Paris (yawn!).  We want to go to the little known corners of Europe--and, yes, Finland.

Yes, North Americans can be very dumb about geography.  I do joke that some can't find their homes without a GPS.  The blunt fact is that many Americans don't get out of the United States much.  It's a large country and there is plenty to see here.  Some are totally "spooked" by countries where a language other than English is spoken.
In 2007 I received an offer from Lahti,Finland.  No, it wasn't Helsinki, but, what the hell, Finland was a place I'd never visited--even if most Americans don't know where it is on the map.  I had to tell someone a few days ago "between Sweden and Russia".  At least the person didn't ask me where Sweden and Russia were.

chopping wood (obviously I was not chopping wood but just posing as if I were chopping wood).  The moose head was on the wall of my house and my home exchangers called him "Heiki" or something like that.  They had not shot the moose.  He came with the house.

No, Lahti was not the most exciting place in the world, but I had a wonderful time. There is a nice harbor although I had the worst pizza I had ever eaten in my life at the restaurant in the harbor there.  I have never not finished a pizza--except there.  That is not a fond memory, but, hey, everything is an experience--even very bad pizza.


I spent a lot of time on boats on lakes, went white water rafting near Joensuu, took a Silja line ship to Mariehamn and back from Turku, went to very expensive opera in a castle and even went sailing in the Gulf of Finland from Kotka.  I absolutely loved Finland--and the fact that almost everyone speaks English.  Of course, aside from "keskusta" (very vital to know when driving), my knowledge of Finnish, well, I have no knowledge of Finnish.  What I did notice, by the way, is a lot of Finns speak better English than some of my countrymen.  Must be those cartoons on SKY TV teaching it to all the kids.  Sorry, Finnish people, no cartoons in Finnish for kids on TV in the US--although we have plenty in Spanish. 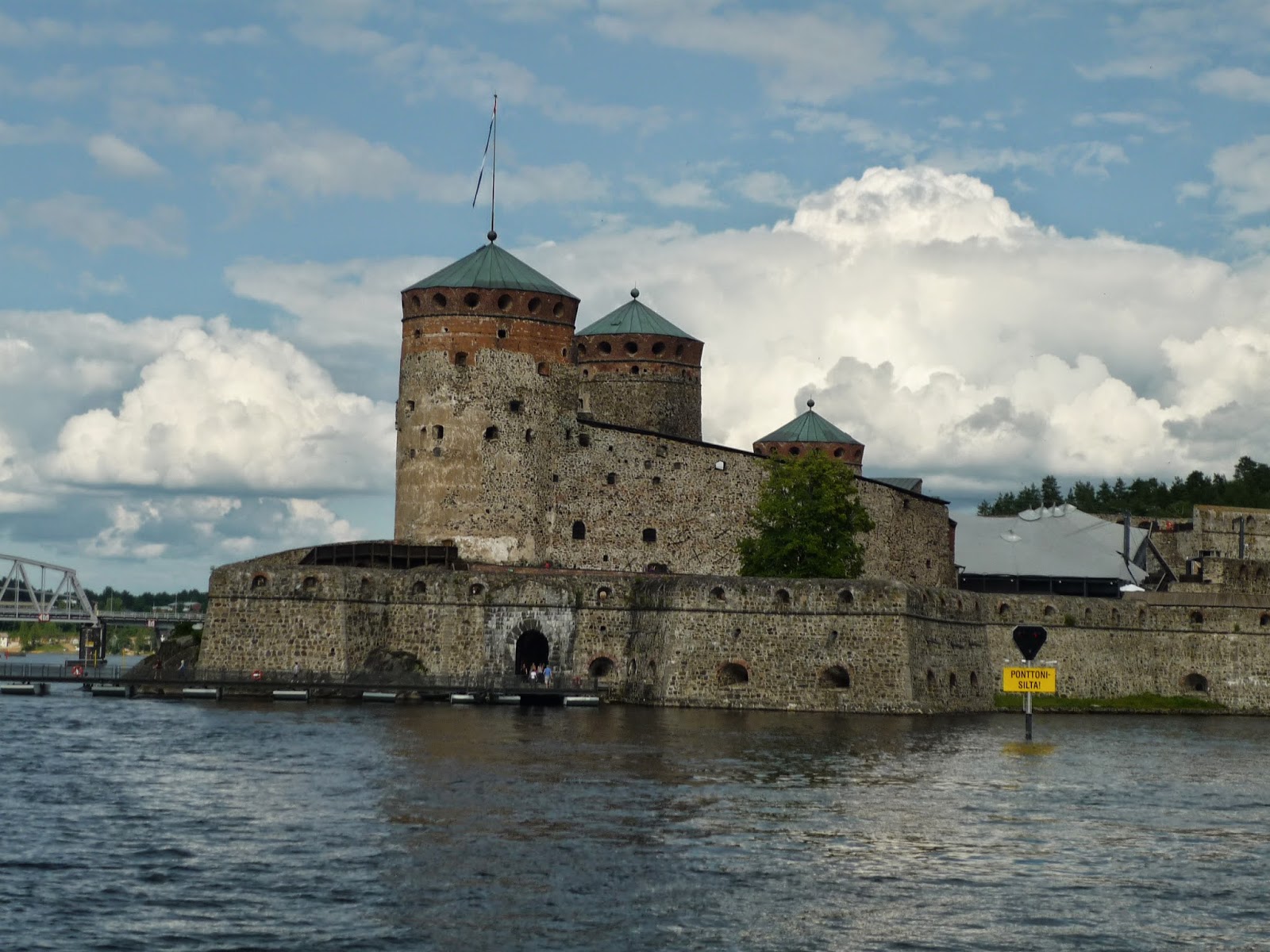 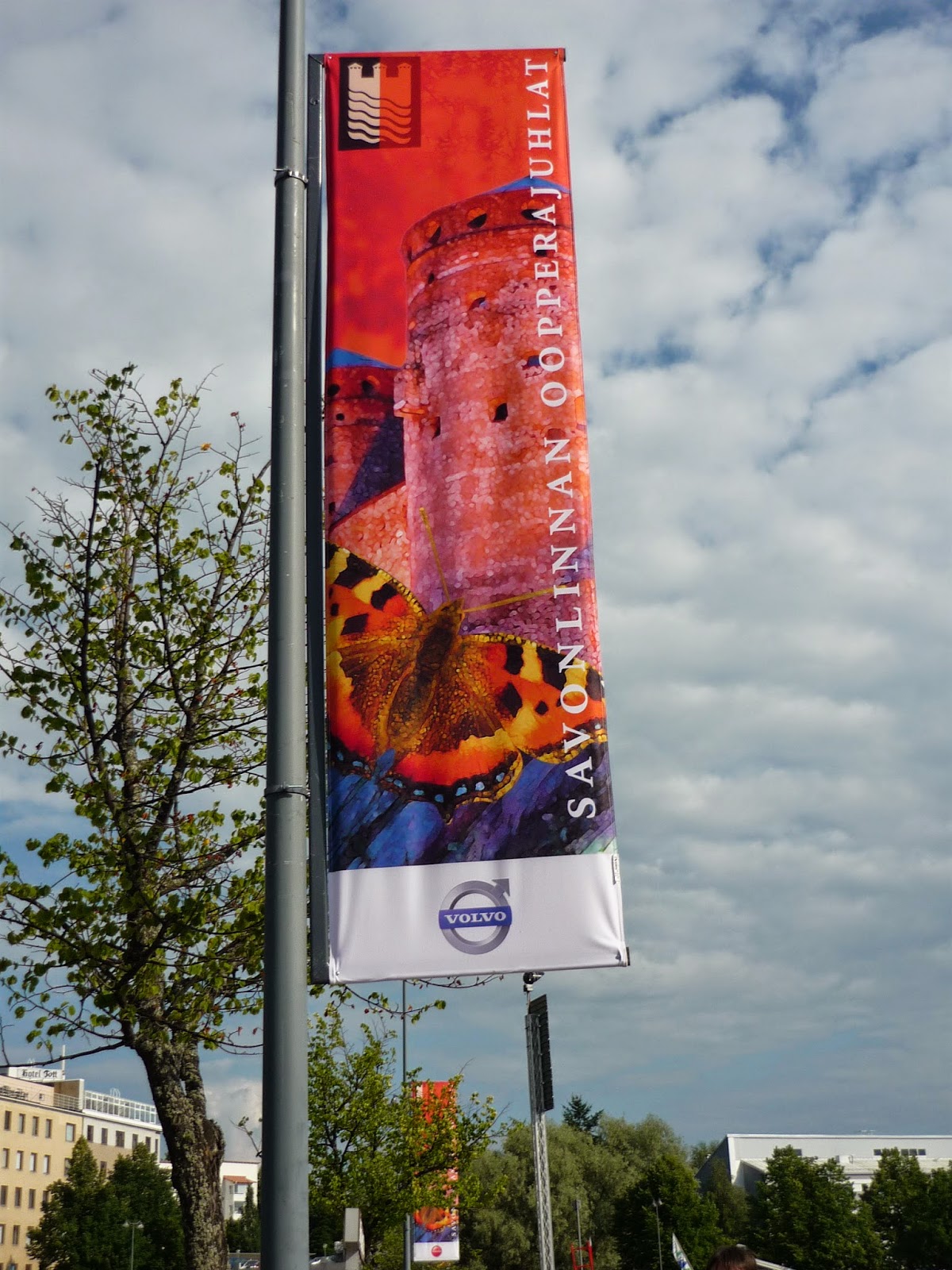 What I loved was just being places where there were no American tourists.  No Americans in Joensuu.  When I went whitewater rafting there, I just drove up the night before and, boom, found myself in the middle of a jazz festival with no hotel rooms.  I ended up staying at a campground (and I HATE campgrounds) in an accommodation that was described to me as a "hovel".  Well, in English that means a rundown dirty old hut with maybe an outhouse in the back.  The accommodation at the campground was simply an accommodation without its own facilities--and very clean.  There is no equivalent word in English for it and "hovel" was the wrong word.  I survived and had a grand time on the raft trip and grilling Finnish sausages for lunch.

As we say in English, I do not let grass grown under my feet on my trips because I have know idea when I will be back--if ever.  While I pack it in, the house in Lahti was just a nice place to chill out.

The next year, would you believe, I got an offer from Tampere?  No, I didn't go, but I wouldn't rule out a second home exchange in Finland at all.  I would really like something towards the north (but only in summer please!).  So, if you're from there and want to swap with Washington DC, all you have to do is ask early and you're in.

If you would like to read further about my crazy travels, you need to look no further than: http://altecockertravels.weebly.com/.  When not writing under my real name, I have a career online as the "altecocker".  The website will explain what it means if you give me a click (hint, hint).

At the end of the trip, I did spend a few nights in Helsinki and did the obligatory day trip to Tallinn.  I also went to the opening night of "Mary Poppins" in Finnish.  The next day--the last of the trip--I spent running around trying to get a copy of the poster for the show.  Success!  A copy of that poster is now on the wall in my dining room.  It gets a few second looks from guests when they realize it is in some foreign language they don't understand.